Blog - Latest News
You are here: Home / Articles / 5 Common Mistakes with Do It Yourself Contracts

A contract memorializes each side’s understanding of the terms of an agreement. Pay special attention to these five common pitfalls when entering into a contract in order to save time and money should the relationship deteriorate.

Mistake #1: Not Having a Meeting of the Minds

Take the time to have an in-depth conversation about what each side expects before the contract is drawn up. Know what it is that you are seeking out of the relationship and aim to have a solid understanding of the other party’s wants so that you can anticipate those elements of the contract that may require later negotiation. This step will result in a well-written contract that addresses the minute details of your specific situation rather than a standard form contract.

Mistake #2: Not Reading the Fine Print

Remember that you will be forced to uphold all parts of the contract, not just those that you read. Neglecting to point out and re-work any confusing provisions may result in that language being used against you at a later date. Pay special attention to any bolded, capped or larger-print block sections. This is generally done because those sections contain language alerting you that you are waiving some sort of right. For example, when signing a lease, you may see block print that discusses the right for the landlord to enter a confession of judgement against you for failure to pay. You’ve potentially allowed the landlord to enter a judgment against you without your having the ability to defend against it, even if you have a valid excuse for not paying.

Mistake #3: Neglecting to Consider Choice of Venue, Choice of Law

Be mindful of language related to the location of any potential dispute resolution. This generally refers to where a trial would be held in the event of a breach. If you are entering into a contract with a supplier to produce a good, you want to be sure that any litigation takes place in your city and state, not that of the supplier. If you live in Maryland and your supplier is located in California, it is not advantageous for you to spend thousands of dollars merely in travel to litigate your claim. Similarly, choice of law provisions dictate which jurisdiction’s laws will apply as to the construction, interpretation and litigation of the contract. If you want to file a suit due to a breach of contract, you have three years in Maryland, but the statute of limitations may be shorter (or longer) in the other party’s state, and that statute of limitations may apply if their state’s laws were chosen in the contract.

Boilerplate provisions are standard in most contracts. They serve several purposes such as: defining the parties’ rights and responsibilities, how the parties may make changes to the contract, how the parties may provide notice and control the remedy in case of a breach. It is important to understand the meaning of each type of boilerplate clause and only choose those that are beneficial for your particular contract. Eliminating them altogether may cost you money and peace of mind down the road.

Mistake #5: Not Hiring An Experienced Attorney

Contracts are written in a language that can be extremely difficult for an average untrained person to understand. Hire a lawyer experienced in reviewing and drafting contracts, particularly one who has practical experience in the area that underlies the basis of the contract. For example, if you are a landlord and need a contract for a new tenant, seek out an experienced real estate attorney. This is especially important if the other side has an attorney who has drafted the contract.

Contracts can be the start of a prosperous relationship, but they can also result in a chain of negative consequences. Avoid the above mistakes in order to benefit from business relationships and to protect your interests. 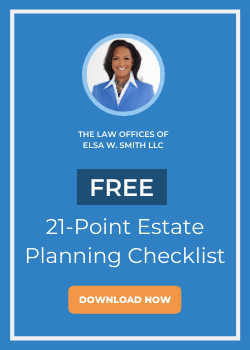 What is Estate Planning and Why It Matters