Blog
You are here: Home1 / Blog2 / Articles3 / The Queen of Soul Died Without a Will: What It Means to Die Intestate

Aretha Franklin, an unparalleled, unprecedented icon and known as the Queen of Soul, passed away on Thursday, August 16, 2018 from advanced pancreatic cancer. She left behind family members, friends, and generations of admirers who will be forever touched by her presence.

As the world mourns the loss of Ms. Franklin, another important discussion has come to light. According to reports referencing recently acquired court documents, it has been revealed that Aretha Franklin did not leave a will behind at the time of her passing.

What will happen to her estate?

When a person dies intestate (without a will, or, without a valid will), State law dictates the administration of the deceased’s estate. Assets are distributed to heirs through a probate court in accordance with intestate law.

Because Aretha Franklin has surviving children and had no spouse at the time of her death, Michigan intestate succession law orders the inheritance to be split equally between her children (four sons).

One widely agreed-upon implication, however, is that dying intestate complicates the administration of one’s estate. In many cases, it may raise disputes among family members and loved ones who disagree with intestate law procedure.

When someone dies intestate, the executor, who is usually named in the will, is appointed by the court. The executor (also called a personal representative) is tasked with overseeing and managing the administration of the estate. This also includes ensuring that estate taxes and debts are paid.

In Aretha Franklin’s case, her surviving sons have come to an agreement to assign executor responsibility to Ms. Franklin’s niece, Sabrina Owens. With an estimated net worth of $80 million (Source: BusinessInsider.com), there is liable to be contention about what happens with these assets, but the prompt and mutual agreement displayed by Ms. Franklin’s family is a positive sign that they are working toward a peaceful resolution.

In the case of Prince, who died in April of 2016, the distribution of his estate has yet to be resolved. Like Ms. Franklin, Prince died without a will and did not leave documentation of what he wanted to be done with his estate.

The administration of Prince’s estate has seen numerous complications, from beneficiaries disagreeing with the court-appointed executor, Comerica Bank and Trust, to an ongoing delay in assessing the value of Prince’s estate, which is required before his heirs can receive their share of the estate. Additionally, the fees collected by lawyers, the IRS, and the executor have greatly decreased the amount that will ultimately be split among Prince’s heirs.

How to Avoid Dying Intestate

The passing of Aretha Franklin is a reminder that estate planning is crucial to providing yourself and your loved ones with peace of mind in the event of your death or incapacitation. Whether you leave behind a spouse, a family, or have no heirs, having a succession plan is essential.

Having your documents prepared by an attorney experienced in Maryland estate planning will provide you with the guidance and reassurance you need to plan ahead. If you would like assistance with estate planning in Maryland or have questions regarding your situation, contact the Law Offices of Elsa W. Smith, LLC today. 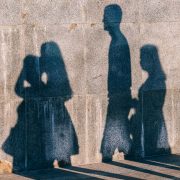 Estate Planning for Blended Families – What to Consider 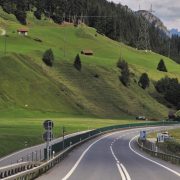 4 Things to Consider If You Have No Chosen Heirs 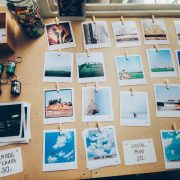 What is the Difference Between Estate Planning and Legacy Planning? 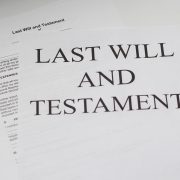 What Are the Risks of Dying Intestate? 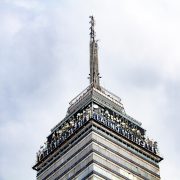 Estate Planning for Hispanics: Are you Prepared for the Future?

C-Corp vs. S-Corp: Understanding The Basics
Scroll to top